Research Projects in Our Spotlight – Legacy of the Hadda Brothers in Wrocław – How Jewish Architects Shaped Our City?

What constitutes our built Jewish heritage? Can it be found anywhere other than the communal spaces of the Jewish community, such as the synagogues, schools, hospitals and cemeteries? Are there other elements of our shared past than the Holocaust that need the attention of our contemporary memorials of Jewish history in order to give a full picture of Jewish life in our European cities? What about the everyday urban lives of Jewish people throughout history, and how that is reflected in our current cityscapes?

Daniel Ljunggren, a Swedish restoration architect with his family roots in pre-war Wrocław/ Breslau and the Hadda family, is working on providing a wider perspective of Jewish built heritage, that incorporates secular and private spaces. In his ongoing doctoral research at TU Dresden, Daniel is mapping and analyzing the legacy of his family members in the urban landscape of Wrocław/ Breslau – the modernist architects and brothers Albert and Moritz Hadda, and their professional networks during the interwar period.

The Hadda siblings born in the 1870’s-1890’s were influential doctors and architects within the Breslau Jewish community during the Weimar Republic and continued to influence Jewish life through their social activism throughout the Nazi reign. Their legacy can still be seen in the built fabric of today’s Wrocław. Daniel’s investigative dissertation poses several questions about the importance of religious, cultural, and political background within professional networks in Germany and central Europe during the interwar period. He investigates the interaction between the modernist Jewish architects and their contemporary society, more precisely how the work of Jewish architects influenced the local Jewish community as well as the broader German society.

The brothers Hadda peaked in their professional careers in the late 1920’s. Albert worked for Walter Gropius in Berlin at the time and Moritz was a successful independent architect based in Breslau. In 1934, they were both banned from working professionally as architects, which meant that they were forced to narrow their professional networks to the Breslau Jewish community and find new means of earning their living. What makes the case of these two brothers all the more interesting is the fact that Moritz and Albert were on opposing sides of the political left-right spectrum. This becomes apparent when you examine the respective ways in which they influenced the Breslau Jewish community under the Nazi regime.

The first piece of Daniel’s work will be published in the spring 2021 as part of the “Topography of the Shoah in Breslau/ Wrocław 1933 – 1949”, a collaborative research project run by TU Dresden.

We’ll keep you posted when the publication is available! 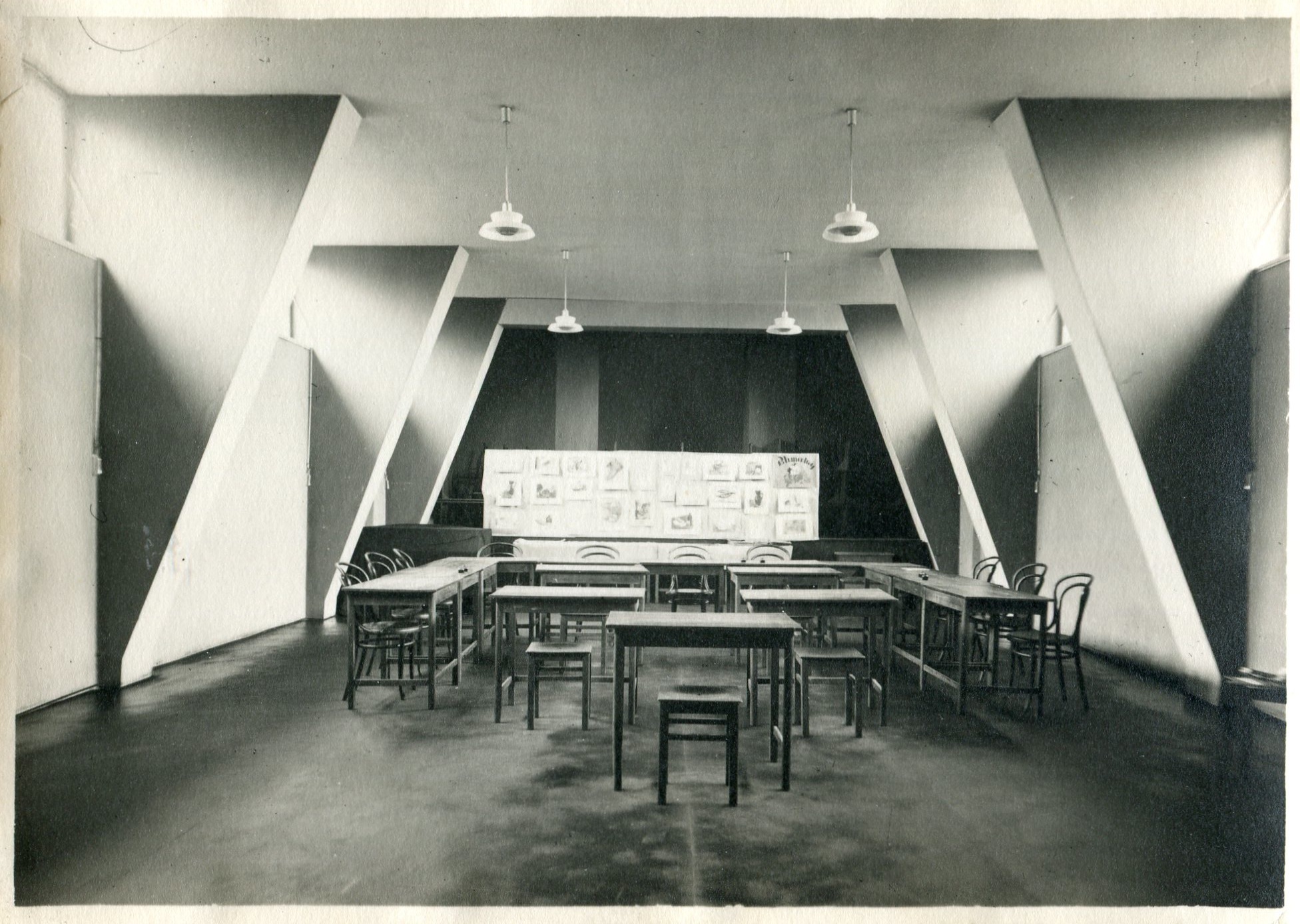 New auditorium at the attic of the Jewish school on Rehdigerplatz (currently pl. Pereca) in Breslau,1937 – designed by Albert Hadda.

Daniel Ljunggren – architect specializing in historic preservation, experienced in dealing with Jewish cultural heritage; worked on the restoration of the 19th century synagogue in Norrköping and the Jewish burial chapel in Solna, Stockholm. PhD fellow at TU Dresden, Germany; MA in architecture from Lund University, Sweden; educated in Architectural Conservation at the Royal Institute of Art in Stockholm. Since 2014 managing his independent architectural practice Tidens arkitekter AB. Daniel is accredited by the Swedish National Property Board as lead architect of the ongoing restoration of three medieval castles in Sweden. He’s a member of the UMF’s Foundation Council.